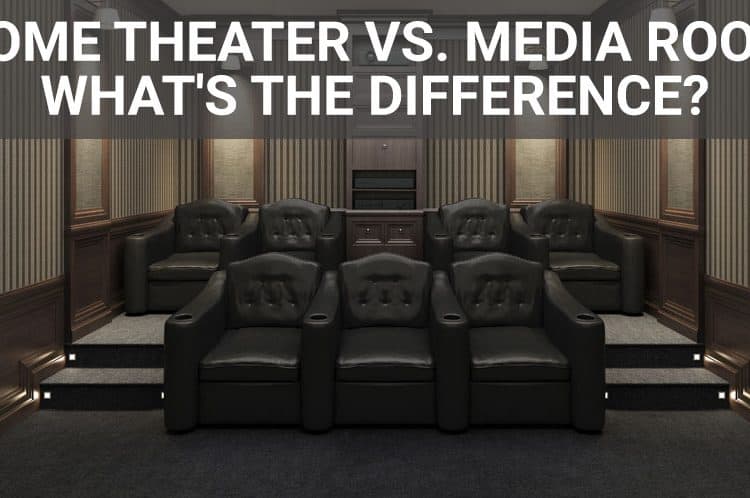 A media room can also be referred to as the “living room”.  Although most people prefer calling it the living room. Since most contemporary living rooms are stocked with cozy seats, large flat-screen televisions, and surround sound systems. These are the three major features of a media room. The real issue is when individuals use “home theater” and “media room” interchangeably. Of course, these two spaces give a pretty nice movie-watching experiences.  However the equipment, layout, and design used in a home theater and a media room are actually different from each other.

This is the very first difference that one should notice between a home theater and a media room. They are both have different design and layout. A media room serves more than just a place for film watching or video game play.  Thus, furniture and the seating arrangement are specially designed to suit other activities. The home theater design and seating arrangement is specifically arranged.  For example, imagine certain rows facing forward towards the television screen or the monitor. Home theaters as we all know it are usually dime to enhance the movie watching experience. Design and layout showcase the best difference between the home theater and a media room.

Also, there is a great difference in the visual and audio equipment used in home theaters and media rooms.  The media rooms mainly feature surround sound systems and high-end flat screen televisions. They differ when compared to the visual and visual technology that is used in a custom home theater. After all, the only objective of a custom home theater is just to recreate the movie going experience. Thus, the theater rooms mainly make use of theater quality sound systems and HD projectors.

An installation in media rooms can be done by a barely skilled person .  This person can have little knowledge of how things are done.   Installing a home theater is a very serious business that can’t be done by just anyone.