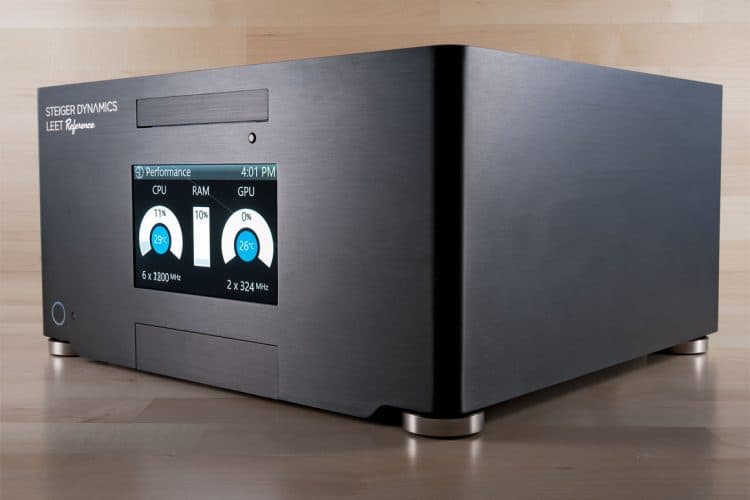 What is a Home Theatre PC?

What is a Home Theater PC?

In the years past, PCs were confined to the basements, bedrooms and home offices.  This was because of their unwieldy nature, noise and awkward ergonomics. But the PC is increasingly becoming a popular living room entertainment platform. The home theatre PC combines the traditional capabilities of the PC with all-round entertainment capabilities. It can be used to play movies, video games and watch TV in high definition.  See our past article on how.

Home theater PCs are a hit with people who love PC gaming as they are able to view video on a bigger TV screen.  It can also be used to surf the web, download music and more games. There are commercially available home theater PCs but people who have the know how also build according to preferred specs.

How does it differ from the ordinary PC?

A home theater PC comes with higher performance hardware. The video card is able to support higher resolution in HD format which is demanded by modern PC games. The cooling needs are also higher because it draws more power when multitasking, e.g., surfing the web while playing music.

The standardization of the HDMI port means that these modern PCs can connect to video players, gaming consoles and TV units. With large hard disks, home theatre PCs are able to record cable or satellite record TV.

How do they differ from media players?

Media players like the Apple TV or the Chromecast are multi multimedia devices that deliver entertainment content from one provider. A home theater PC is more versatile as the user can connect to different devices including satellite feed from different providers.

A home theatre PC is also able to play multiplayer online computer games. While gaming consoles can also do this, they lack TV programming.

A home theatre PC can then be viewed as a one stop entertainment center, combining all entertainment functions of the other devices found in the typical living room.

If you are looking to install a home theater PC, these are your two options. Buying one is probably the better option if you are a non-technical person.  For example, if you’re someone who has little knowledge on details like storage, RAM, processor speed, just buy one.

Building your own home theatre PC works when you want a specific build and extended functionalities. Many commercially available home theatre PCs, for example, don’t come with satellite TV tuner cards. But you can add one if you are building. You can also extend memory, add storage space and install more powerful graphics cards.

If you are looking for a one stop entertainment center, a home theatre PC would serve quite adequately.  Thus, it will save you money and space.