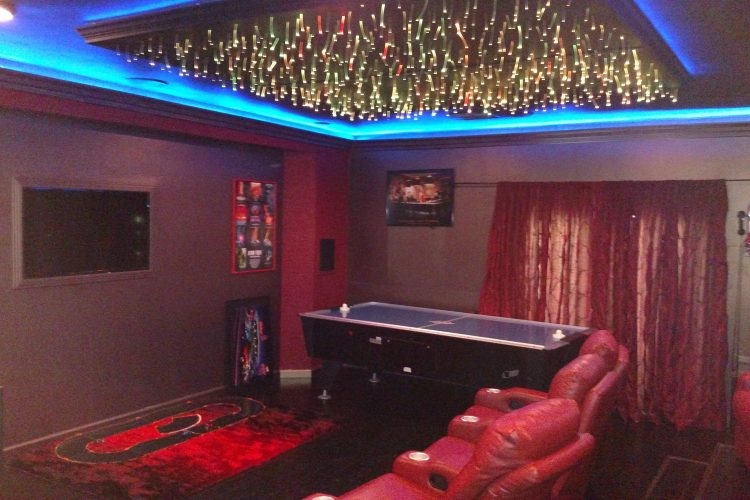 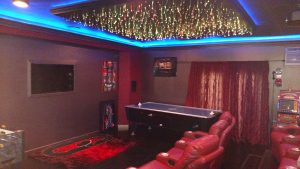 This was a custom home theater media room project in Irvine.  The client already had a great media room, but he called us in to add a projector screen.  Also he asked for hidden compartments for his game consoles.

As you can see, he was a big fan of Harry Potter, and his media room was already pretty well established.  One issue though, was that his flat screen TV was relatively small (42″).  Thus, what we did for him was to build a custom sunk-in recessed wall to house the television.   Thus, the TV can sit flush against the wall.  Such technique helps move the focal points of the room away from the TV. 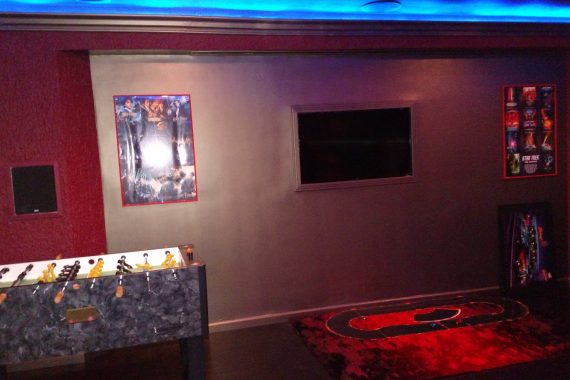 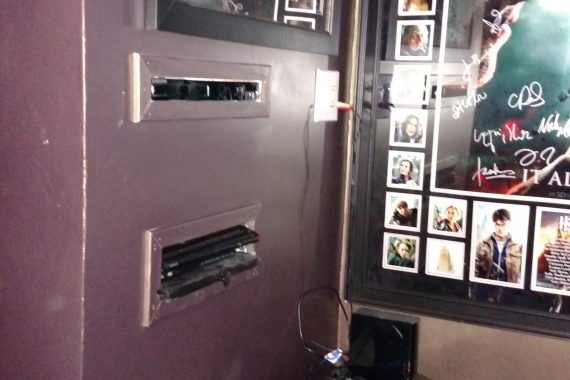 Lastly, our staff built a custom ceiling projector screen, which was also recessed in.  With the magic of the remote, it easily rolls out and rolls back in, giving the client the viewing pleasure option of flat screen TV and projector screens. 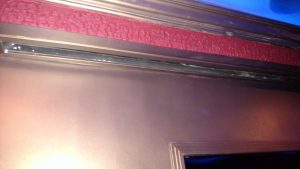 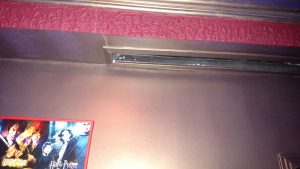 Needless to say, the client was very happy with the results.